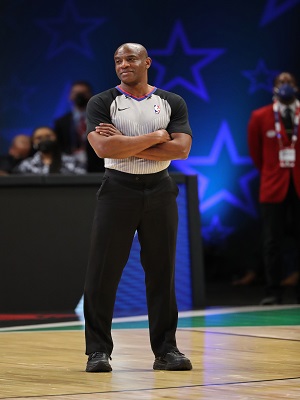 The National Basketball Referees Association is joining forces with the Pancreatic Cancer Action Network (PanCAN) to raise awareness and critical research funding for patients like Tony and the nearly 61,000 others expected to be diagnosed this year.

Tony Brown has spent most of his life surrounded by basketball. In high school, Brown earned All-State basketball honors at Amos P. Godby in Tallahassee, Fla. He attended Florida A&M before transferring to Clark Atlanta University, a historically black college and university (HBCU), where he received a bachelor’s degree in Finance.

Tony, 54, has officiated over 1,071 regular-season games and 35 playoff games in 19 seasons as an NBA official. He has worked the 2018 and 2021 NBA All-Star games. Prior to joining the NBA, he worked for four seasons in both the NBA G League and CBA, and three seasons in the WNBA. During that time, he refereed the 2002 WNBA Finals, the 2002 WNBA All-Star Game and the 2001 CBA Finals.

Tony lives in Atlanta with his wife Tina and their three children Bailey, Basile and Baylen. He’s spent nearly every day of his life on basketball courts, and for the past 25 years, on his feet running. Whether officiating, training or keeping up with his three children, Tony has been on the move. It wasn’t until the end of April 2021 when Tony made a trip to the doctor for some bothersome stomach discomfort that this changed.

Tony’s visit to the doctor identified blood clots near his lungs that could have killed him had he gotten on a plane, which he was just about to do. Tony is currently undergoing chemotherapy and has adopted a vegan diet.

Tony is supported by his wife Tina, his family, friends, the entire NBA community and thanks PanCAN and its Patient Services program for its invaluable resources and help during this time.

“As Tony Brown undergoes his treatment for pancreatic cancer, I have no doubt that he will show the same dedication, toughness and resolve that have made him one of the most talented and respected officials in the NBA. My colleagues and I are keeping Tony in our thoughts and stand with him and his family.” – Adam Silver, NBA Commissioner

In honor of Tony, join us and take bold action to improve the lives of everyone impacted by pancreatic cancer. With your donation, we’ll fund more research, more life-changing programs and more support for patients and their families. 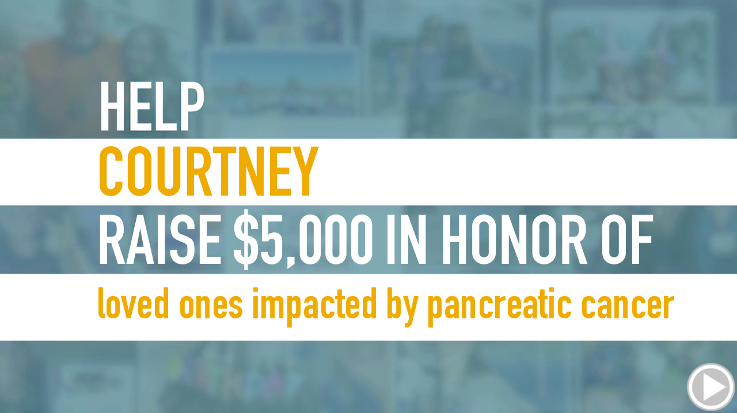