We're sorry. You must have JavaScript enabled and version 9.0.0 or higher of the Flash player installed to view this video.

Paula Elizabeth (Spurrell) Sengstock peacefully entered eternity with God on March 7th, 2021.  She was diagnosed with extensive stage IV pancreatic cancer on January 8th, 2021.  Her time was short, only 58 days.  She was surrounded by friends and family in her final days.  She passed away at home as she had wished looking upon the Savannah River which brought her much comfort.  She will be sorely missed but her faith was her strongest feature.  She knew where she was going and was not afraid.

In her words she did a facebook posting February 6th...

We were all so hopeful 2021 was going to be way better than 2020.  Unfortunately, this is not the case for my household.  I was diagnosed Jan 8 with Stage 4 pancreatic tail cancer with mets to my lungs, liver, and adrenal glands... to many to count.  Nothing surgical can be done.   I did 1 round of chemo to hopefully alleviate some symptoms now, but can't tolerate that.  Hospice is now working with me so I can peace on out with relative ease and comfort at home.  My only symptom was a vague lower abdominal pain for a few wks. Surreal

She included a video of the song "It is well with my Soul" which was her favorite song.  Please take a moment to listen to the song above and view the video.

Paula was born January 3rd, 1959 in Belleville, Ontario to Paul and Betty Spurrell.  She moved to the US around age 13-14.  She returned to Canada to complete her nursing (RN) degree.  She was working in Rock Island, IL when she met Gregory Sengstock in 1982 whom she agreed to marry after a whirlwind courtship of 3 months.  It lasted 37 years and it was love at first sight.

Paula and Greg moved to Tampa, FL in 1985 where she spent many Saturdays with her sister Pam, at Clearwater Beach.  She worked for several hospitals as a psychiatric nurse which she passionately enjoyed.  The arrival of Courtney (1990) and Alexander (1994) in Tampa was a true blessing.  Paula became a naturalized US citizen in 1991 of which she was so proud.  After a 7-year stint with the US Navy, they settled in Jacksonville, FL in 2000.  A final move came in 2014 to the North Augusta area in South Carolina.  They built a home on the Savannah River; Paula loved to watch the river go by and see all the associated creatures/animals (alligators).

Recently, she tackled learning a new nursing profession and loved working post-partum at a local hospital. She was ecstatic when she found out she would be grandmother in 2017 and overjoyed in 2020 with  the second grandbaby.

She volunteered unselfishly with blood donations, hospice visits and making her last two dogs, Jaxson and Milo therapy dogs and visiting a variety of hospitals.  She had a passion for welcoming new neighbors and guests to her home. She loved to babysit for anyone. She sponsored a child in Peru through Compassion International from pre-K to age 21 and corresponded many times over the years.

One of her final goals was to make it to Cocoa Beach in early March for the annual family beach vacation.  When she realized she would not be able to attend, she called family members and insisted on them going so they can start the healing process. One of her final requests was to have a ‘sandcastle with a moat’ built for her. Her family was able to accomplish this for her.

We were all so touched by the number of people that saw the sandcastle, took a moment, many took pictures.  Family feels it would be such a great legacy to a woman who loved the beach and her family so much that other sandcastles be built in her honor or for others who have been affected by pancreatic cancer.  We would love to see pictures posted on social media or at her Facebookpage; https://facebook.com/paula.sengstock (copy and paste in new browser window).

Per her request, no services are to be held.  Ashes will be spread in several waterfront spots she so loved. In lieu of flowers or gifts, a donation can be made to Pancreatic Cancer Action Network at http://support.pancan.org/goto/paula-sengstock or clicking on the "Donate Now" link in the upper right hand corner. 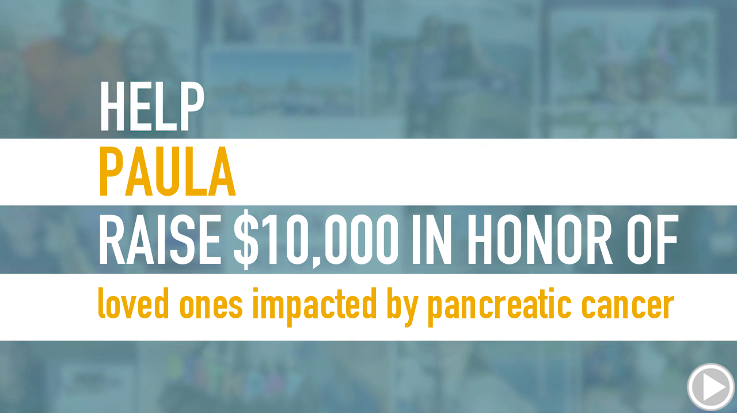