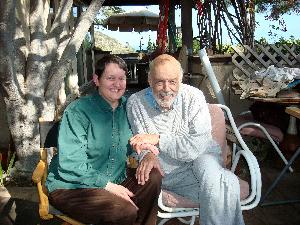 Our Pernellathon team (in conjunction with Bonanza Conventions) is raising money in support of the Pancreatic Cancer Action Network.

By making a donation to our team's video marathon event, you are helping to accelerate progress and improve patient outcomes.

We lost Pernell Roberts to this disease and 11 years later I lost my husband the same way. Let's honor the many (so many - Alex Trebek, Patrick Swayze, Michael Landon . . .) with support for the continuing research and accomplishments to eradicate pancreatic cancer.

Please make a donation today and help us reach our fundraising goal!

And continue to be part of the experience. Our May 15-16, 2021 Pernellathon was a success... a great time was had by all. But the fight against the disease that took him from us continues to rage. Be part of the war: Wage Hope and donate . . . every little bit helps and counts! And stay tuned for the next Pernellathon, a Memorial event for Michael Landon (in October), and continued Bonanza Convention efforts in memory of anyone and everyone taken from us! Contact me directly for information: circlemending@gmail.com

(from the memorial booklet, distributed at the Memorial events, February 2010; attributed to Eleanor Criswell and Kara Knack)

“I’m a lucky son of a bitch,” Pernell said, looking back on a long and rich life. He knew he’d be remembered as the last surviving member of the cast of Bonanza and jokingly called himself “Pernell the – last – one Roberts.” It never was the most important thing in his life. Yet his craft mattered deeply to him, as did his convictions and his private life.

Pernell Elven Roberts, Junior was born May 18, 1928, in Waycross, Georgia, the only son of Betty and P. E. Roberts. Their poor, hardscrabble existence at the edge of the Okefenokee Swamp gave him basic values and an unpretentious manner. Handsome, and possessing a fine baritone voice, he performed in school and church plays, played horn in the high school band, and sang in choir and quartets. Serious, curious, and always a contrary young man, he was in conflict with accepted segregation and the southern customs that defined his hometown in the 1930s.

After high school, he briefly attended Georgia Tech and worked for the Atlantic Coastline Railroad before joining the United States Marine Corps.

In Quantico, Virginia, he mingled with people from all around the United States, played in the celebrated US Marine Corps band, and received counsel from older and wiser bandmembers who had served in World War II.

Through the G.I. Bill, he attended the University of Maryland where winning a part in the school’s production of Androcles and the Lion caused him to choose a theater major. He secured a position at the then newly formed Arena Stage in Washington, DC, performing in scores of plays before moving to New York City in 1952.

Summer stock; live television; seasons of work at the Stratford, Connecticut, Shakespeare Festival; on Broadway; and off-Broadway kept him busy and his work in a production of Macbeth won him a 1955 Drama Desk award for Best Actor.

Hollywood called in 1958 and he became a Californian, working continuously in films and guest starring in more than two dozen television shows before landing the part of Adam Cartwright on Bonanza in 1959. Being locked into a series did not hold much creative interest for him.

The Civil Rights movement gained his respect and he considered it an obligation to stand up for equality, marching to Selma Alabama with Martin Luther King and participating in the historic protests of California’s Proposition 14, sanctioning segregated housing. On the set of Bonanza he protested the use of all white crews and guest stars, never finding enough support to satisfy his sense of outrage.

After leaving Bonanza in 1965, he worked prolifically in musical theater and in television, TV movies, and films. He guest starred in more than 60 of the most popular TV series including Police Story, Six-Million Dollar Man, Streets of San Francisco, Policewoman, Baretta, The Rockford Files, and Quincy. In 1978 he returned to series work for seven seasons as the title character in Trapper John, MD.

Pernell kept busy within the industry until his retirement in the late 1990s.

Several women were profoundly important to Pernell, and he to them: Vera Mowry Roberts, Jan Ferrand, Judith Roberts, Kara Knack, and Eleanor Criswell. His only son, Jonathan Christopher Roberts, died in 1989.

[On January 24, 2010], Pernell passed away quietly and peacefully at his Malibu home, with his fourth wife, Eleanor Criswell, by his side.

A personal note to those attending the memorial events:

The family of Pernell E. Roberts, Jr. is most grateful for the kind wishes, concerns and interests so many people have shared in regard to his life, his work, and his retirement. He lived a rich and full life as a working actor, always prepared, always deeply concerned about quality of performance, and always expending that extra effort, which is the difference between a journeyman and an artist. He was generous to others in his art, eager to share his own knowledge and skills with all actors with whom he worked.

During his entire life, he was deeply devoted to equality of rights for all people. He actively participated in organizations and activities, working to make things better for people, particularly minorities. He walked the walk. Much of his adult life was spent in pursuing his dream of equality for all.

He will be sorely missed and remembered with deep love and affection by his family, his friends, and those to whom he extended so much of himself during his lifetime.

[Pernell passed away after more than 2 years, battling pancreatic cancer.]