Incline at Castle Rock for Leslie 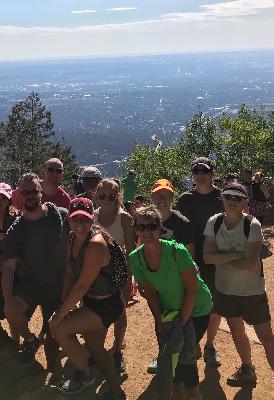 People climb mountains not because it is easy, but because it is hard. People who climb mountains are driven people, people who are focused on success and who challenge themselves to be better. In August 2018, my wife Leslie Kissel climbed the Manitou Incline. But she had help. She did it with Ashlee Nevares and Ashlee’s exercise class, of which Leslie was an enthusiastic member.

In early December 2018, shortly after our 40th Anniversary, Leslie was diagnosed with pancreatic cancer. I had no doubt that Leslie would be able to climb this mountain just like she climbed every mountain she faced. I was sure of it. But pancreatic cancer doesn’t play fair. It doesn’t recognize strength or desire or determination or the character of your soul. It is pure evil. It never gave Leslie a chance. Leslie passed away in the very early morning hours of January 23rd, just seven weeks after her diagnosis.

Since then, I have become deeply involved with the Pancreatic Cancer Action Network (PanCAN). PanCAN's vision is to create a world in which all patients with pancreatic cancer will thrive. Their mission is to take bold action to improve the lives of everyone impacted by pancreatic cancer by advancing scientific research, building community, sharing knowledge, and advocating for patients.

Because the Manitou Incline is so daunting, and because so many people would like to climb a mountain for a friend or loved one, on Saturday, August 28, Ashlee and her exercise class will climb the Incline at Castle Rock. Leslie won’t physically be with them this time, but Leslie’s family will be. I will carry a small purple flag with Leslie’s name on it. For every donation made to PanCAN from this site, Ashlee, one of her team members, or a member of Leslie’s family will carry a flag with Leslie’s name on one side and on the other side a name of the donator’s choice that they know that has climbed or is climbing a metaphorical mountain.

I am inviting you to join our team. Your flag does not need to be pancreatic cancer related ¬– just anyone who deserves to make it to the top of the mountain. Once a flag makes it to the top of the Incline, Ashlee or I will take a picture of the flag and post it on a Facebook page for all to see and share. We cannot let pancreatic cancer win. We need to find markers. We need money for research. We cannot let this evil continue to destroy lives and families. Please donate to PanCAN. 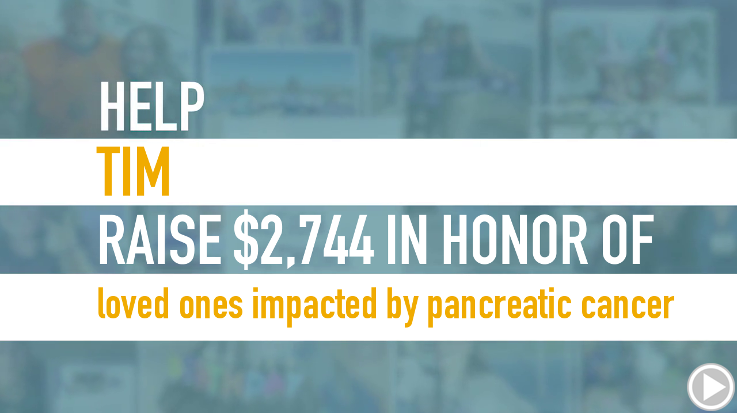